The National Security Service of the Republic of Armenia, as a result of large-scale operational and search measures undertaken within the framework of implementation of its functions to fight the crimes of an economic nature, detected a case of making and realizing around 2 kg of fake gold bars.

According to the obtained preliminary data, a group of RA citizens, having reached a prior agreement, with the help of people engaged in jewelry manufacturing, prepared gold-plated silver alloys similar to gold bars and initiated their realization.

In particular, on 8 September 2019, they sold, by deceit, around 0,5kg of the above-mentioned fake gold bars to a citizen of the Islamic Republic of Iran receiving from him Armenian drams equivalent to 9000 USD.

After that, on 23 September, the mentioned persons also tried to realize 1,5 kg of fake gold bars- worth 27,000 USD in total- but the transaction was carried out under the operational control of NSS officers and immediately after it the persons who committed the apparent crime were detained and brought in.

Besides, according to reliable operational data, they also pawned fake gold bars in one of the Armenian banks receiving money in return.

The criminal case, initiated in this connection in the Investigation Department of RA NSS according to the corresponding article of the Criminal Code of RA, has been referred to the Investigative Committee of RA, by subordination, in order to continue the preliminary investigation. Two persons were detained, and a written undertaking not to leave the place was applied against the third person as a measure of restraint. 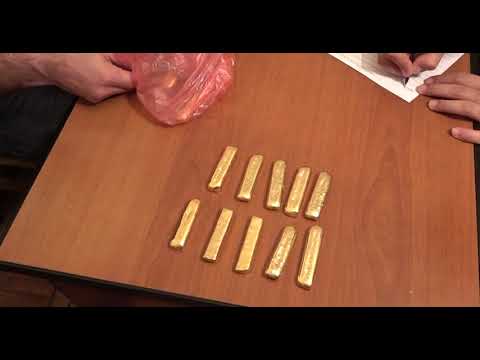