A report was received in the National Security Service of the Republic of Armenia about the realization of counterfeit banknotes in one of pharmacies in Yerevan.

As a result of complex operational and search measures and investigation activities undertaken by officers of NSS of RA, the person who had realized the counterfeit banknotes and the method of making the banknotes were detected.

According to the obtained preliminary data, the citizen of RA ordered in the printing establishment to print 10 000 AMD banknotes noting below the banknotes, in order not to raise suspicions, ˝printed for filming˝. Then, he cut out the notes made on the given banknotes and realized the counterfeit banknotes in Yerevan and different marzes.

As a result of conducted searches, laser printing machines and 368 counterfeit 10 000AMD banknotes, not yet in their final form, were detected. The banknotes had series-number “ԴԱ90333076”.

In the Investigation Department of the NSS of RA, criminal case has been initiated on the fact of the apparent crime, according to corresponding article of the Criminal Code of RA. Measures are being taken to detect other samples of circulated counterfeit banknotes and other cases of realization.

The preliminary investigation is being conducted. 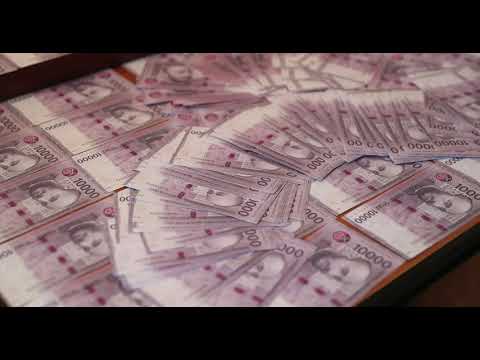