A High-ranking Official of the SSFS Detained

As a result of the operative-search measures conducted within the framework of the implementation of its functions to fight economic and corruption crimes, the National Security Service of the Republic of Armenia detected another incident of receiving a bribe in particularly large amount by a high-ranking official.

According to the preliminary data obtained as a result of the realization of the operative data, the Head of the Veterinary Inspection of the Staff of the State Service For Food Safety of the RA Ministry of Agriculture, for mercenary purposes, using his official position contrary to the interests of the service, having issued the certificates on export of several thousand sheep to Qatar, received large amount of money as a bribe from a representative of a commercial organization; he received part of it in April 2019, and the other part – on May 7.

The transfer of the bribe was carried out under the operational control of the NSS officers, at the moment of receiving the second part of the sum the bribe-giver and the bribe-taker were captured and brought to the NSS.

A criminal case on the given fact was instituted in the Investigation Department of the NSS of RA, according to the corresponding articles of the RA Criminal Code. The person who took the bribe was detained. 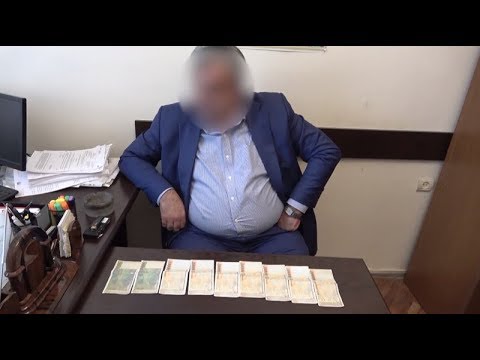