As a result of operative-search measures initiated by the officers of the National Security Service of Republic of Armenia, a case of bribery by the official of the RA MD was revealed.
According to the operational data, Deputy Military Commissar of the Gegharkunik Marz of the Republic of Armenia A.P., in exchange of issuing military ID without medical examination to the citizen subject to military service and making related notes in the military ID on being unfit for military service, on February 11, 2019, demanded large amount of USD 1,000 bribe through Census Bureau inspector V.V. of the same military commissariat. Following the obvious false entry in the military ID of the citizen, A.P made an agreement through the inspector to receive the bribe on February 19. The transfer of money was carried out under the operational control of the NSS officers, following which the Deputy Commissar was detained.
A criminal case on the alleged crime has been instituted in the Investigation Department of the NSS of RA, two persons were filed an indictment under the relevant articles of the Criminal Code of RA. They are arrested.
The preliminary investigation goes on.
Note: A person that is suspected or accused of an alleged crime is considered innocent unless his/her guilt is not proved by court judgment that has come into legal effect pursuant to the procedure determined by RA Criminal Procedure Code. 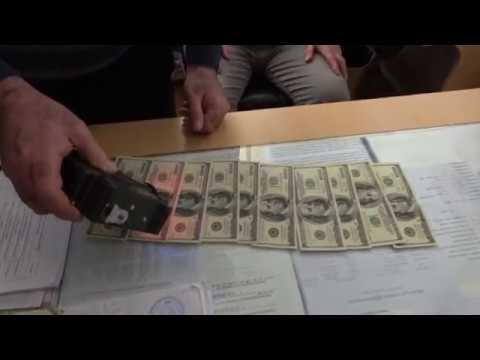