The Investigation Department of the National Security Service of the Republic of Armenia initiated a criminal case on the fact of illegal participation of former chairman of the RA State Customs Committee Armen Avetisyan in entrepreneurial activity and legalization of illicit proceeds in significantly large amount (money laundering) under Article 310 and paragraph 1 of part 3 of Article 190 of the RA Criminal Code.
According to the preliminary data obtained as a result of the operational-intelligence measures and investigative activities, Armen Avetisyan, holding office as a head of the RA State Customs Committee since 2011, together with the persons who had business relations with him, undertook and financed mostly with cash the construction of the Golden Palace hotel complex on Azatutyan Avenue in Yerevan.
In order to hide his and other persons’ participation, as well as the source of financing, the hotel construction was ascribed to Riverhill Holdings LLC, a company founded in offshore zone in Cyprus, presenting to the public that millions of US dollars spent on the hotel construction were allegedly foreign investments in RA. Armen Avetisyan personally controlled the process of construction works and using his official position in certain cases also helped to resolve different problems that occurred during the hotel construction.
It is noteworthy that in order to make the fact of the hotel construction with foreign investments more convincing, in 2005, during the opening ceremony of the hotel, a Lebanese citizen was introduced as a foreign investor who in reality had no connection to that company and for some time worked in the same hotel as director.
Later, expanding his hotel business, in 2010-2012 Golden Palace hotel was constructed in Tsaghkadzor on behalf of the same organization. In 2012 Golden Group Limited CJSC founded in Douglas, England became the owner of the above-stated two hotels. Artashes Avetisyan, son of Armen Avetisyan, was the owner of 100 percent of shares of that company.
Later, in 2018 Armen Avetisyan and his son have built the third Golden Palace Boutique hotel on Northern Avenue in Yerevan.
The total market value of the three above-stated hotels was at least 90 million USD.
The preliminary investigation goes on; large-scale operational-intelligence measures and immediate investigative activities are conducted to determine a real source of origin of millions of dollars invested in the hotel construction, as well as to identify real investors and other possible owners.
Note: The suspect or accused of an alleged crime is considered innocent as long as his guilt is not proven in a manner prescribed by the Code of Criminal Procedure of RA - by the court decision entered into legal force. 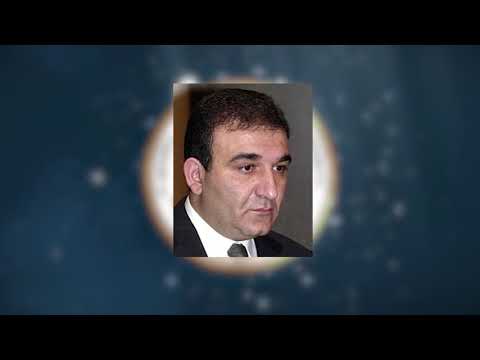