A case of misappropriation of money in especially big amount, under different pretenses related to military service, was uncovered

As a result of operational intelligence measures and investigation activities implemented by the National Security Service of the Republic of Armenia, a case of misappropriation of money in especially big amount, under different pretenses related to military service, was uncovered.
According to the obtained preliminary data, the citizen of RA Nvard Osipyan, from 2017 to 2018 presenting herself to a number of citizens as employee of the RA MoD military hospital or Inspection Directorate of the Ministry and abusing their trust, demanded and misappropriated as a whole 20.400 USD equivalent to 9.730.800 AMD, in order to relieve their sons from compulsory military service or to demobilize ahead of time those already in military service, as well as to transfer to a preferable place for subsequent service. Nvard Osipyan in reality did not work anywhere and had no capability to affect on the process.
A criminal case on the fact was initiated in the Investigation Directorate of NSS of RA under paragraph 1 of part 3 of Article 178 of the Criminal Code of RA (Fraud in especially big amount).

The citizens, who suffered from the alleged criminal activity of Nvard Osipyan, can contact the Investigation Directorate of NSS of RA by calling at: 010-57-93-12 and 011-56-27-24. (Video material)

Note: The suspect or accused of an alleged crime is considered innocent as long as his guilt is proven in a manner prescribed by the Code of Criminal Procedure of RA- by court decision entered into legal force. 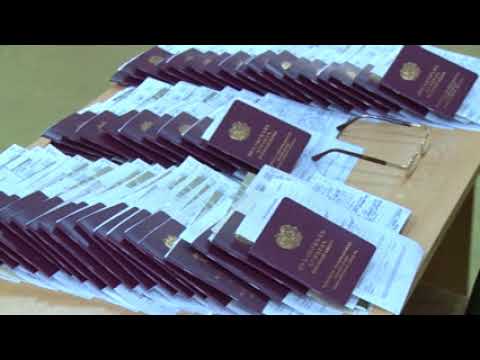